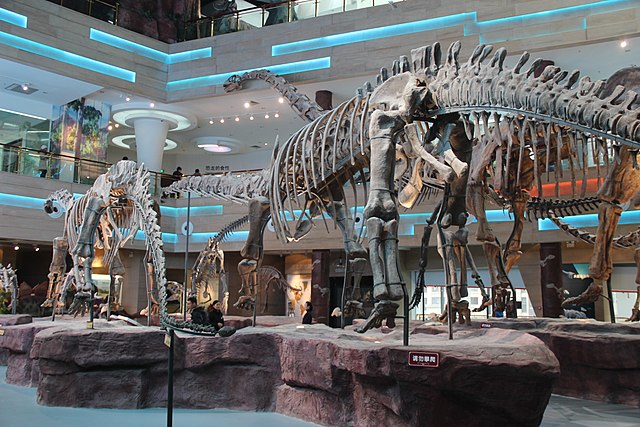 When I think of dinosaurs with long necks, the first thought to come to my mind immediately is little foot from The Land Before Time. And just like that character, the long neck dinosaurs were some of the most fascinating creatures to ever walk the earth. These giraffe like, long necked, small skull prehistoric animals were some of the most powerful and largest animals to ever live.

We’ll go over what their physical characteristics were and why their fossils are still studied by paleontologists today. Let’s explore the different types of long neck dinosaurs that roamed our planet, what led to their extinction, and some of their most interesting physical characteristics. Let’s go over some interesting dinosaur facts below and learn more about these long necked dinosaurs.

Sauropods were massive creatures, some of which reached lengths of over 100 feet. They had long necks and tails, and their bodies were supported by four thick legs. Sauropods were herbivores, and they used their long necks to reach the leaves of tall trees.

Fun Fact: Sauropods were able to completely replace their teeth within 14-64 days. 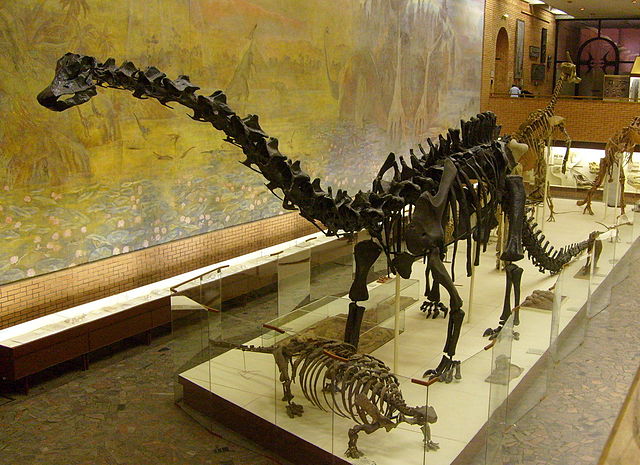 Diplodocus was one of the most famous sauropods, and it lived during the end of the Jurassic Period. This long neck dinosaur was over 80 feet long and weighed around 16 metric tons. With the height and body weight it was, it had four large sturdy legs to help support it’s very long neck, as well as its whip like tail. 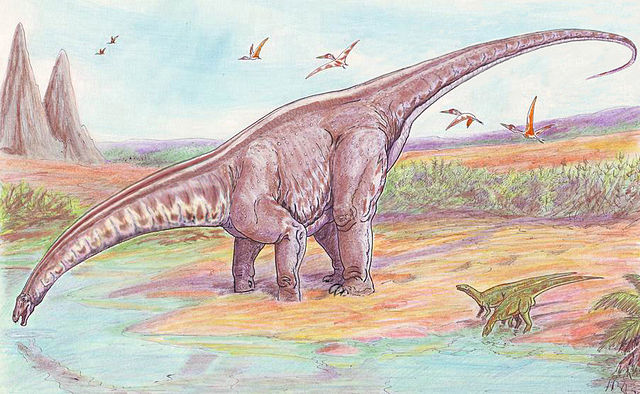 Another of the well-known sauropod dinosaurs is Apatosaurus, which lived during the Late Jurassic Period. They had an average length ranging between 69-75 ft. and measured around 33 tons. The apatosaurus dinosaur was mistakenly known as Brontosaurus due to a labeling error years ago. 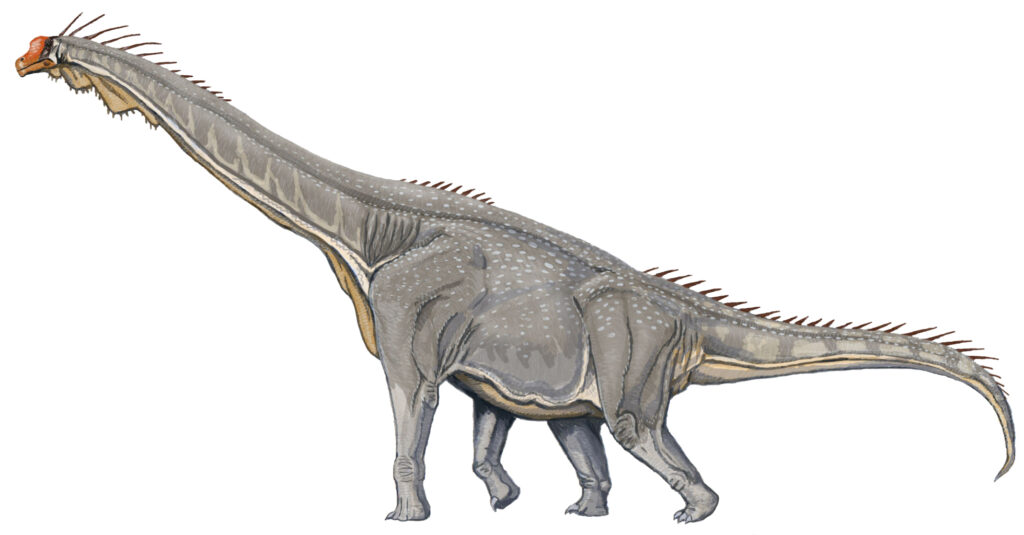 These long necked dinosaurs have an interesting name. Brachiosaurus means “arm lizard”, and this name was chosen due to it having much smaller front limbs than its hind limbs. Brachiosaurus lived in North America and Africa during the Jurassic period and the early cretaceous period. This herbivorous dinosaur measured approximately 75 feet long and 40 feet tall. Weight approximately 89 metric tons.

Despite being a herbivore like the rest of the sauropods on our list, the name dreadnoughtus means “fear nothing”. The reason for this name is not only due to it’s total length, or extremely long necks, but due to it’s sheer mass. It’s estimated they weighed more than 8.5 times that of a full sized male African elephant. That’s bigger than a Boeing 737-900 by several tons! 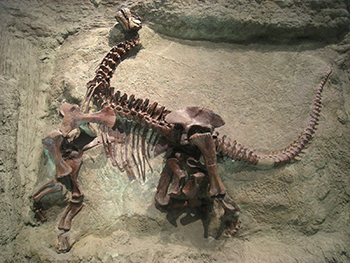 Also known as the “chambered lizard”, the name of this sauropod was given to it in 1877 due to its neck vertebrae having holes in it. Camarasaurus lived in North America during the Jurassic period. Fossil specimens show that these long neck dinosaur were plant eaters that most likely swallowed rocks and stones to help grind their food. They were about 59 feet long and had a weight of around 20 tons.

Ultrasaurus lived in Korea between 110 million and 100 million years ago during the cretaceous period. Despite the name, this sauropod does not have the anatomical features that some of the other long necked creatures on this list have. They weren’t known for extremely long necks or long tails. When fossil material was originally discovered by Jim Jensen, they were originally believed to belong to the biggest dinosaur ever. This turned out to not be accurate.

These dinosaurs were named after the area where their dinosaur skeleton was discovered. The Ojo Alamo Formation, now known as Kirtland Shale, New Mexico. Like most other sauropods, these long necked dinosaurs were herbivores. They lived in North America between 70 and 65 million years ago during the late cretaceous period and became extinct during the Mesozoic Era Cretaceous-Tertiary mass extinction. Weighing around 33 tons and 69 feet long.

Known as the heaviest and coming in at a whopping 121 feet in total length, the Argentinosaurus was known for having extremely long necks. Their eggs were often the size of a football, unlike most sauropods. The American Natural history museum and museum paleontologists alike speak of how massive these dinosaurs were. One of my favorite things I’ve done is sit in awe at the sheer size of its dinosaur skeleton & long neck.

Many of the largest sauropods are part of a group called titanosaurs. The sauropod species Patagotitan mayorum are some of the largest dinosaurs ever discovered. To top it off, they’re a relatively new discovery. The species was so new that when The Titanosaur first went on view at the American Museum Of Natural History in 2016, it hadn’t been given a scientific name yet, causing the exhibit to be named for the gargantuan group instead.

They lived in Argentina’s Patagonia region during the late Cretaceous period, where some of the largest titanosaurs have been found. They were so massive that the Natural History Museum has a cast skeleton. This is due to the fact that real fossils would be too heavy to have mounted for display. 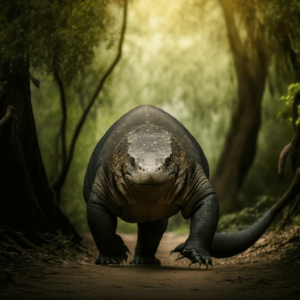 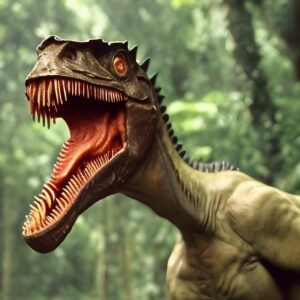 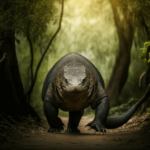 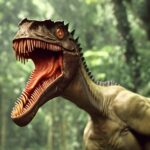 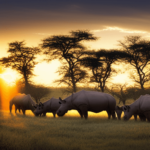